Value judgments are destructive to our proper business, which is curiosity and awareness. — John Cage

I’m a designer, technologist, and mystic living at sea aboard a forty foot sailboat called Rejoice. I live like this because everything great about being human is clearest to me on a small boat in the middle of the sea, and understanding what's great about being human is the first responsibility of the designer. My present understanding demands that I work on things that prioritize curiosity over certainty, agency over convenience, awareness over distraction, and the natural world over virtual ones.

I was a senior product designer at Google for seven years, where I led design projects on Search, Material, and Fuchsia. I was design director at Metaweb when the company was acquired by Google, and the technologies we had spent five years creating became the foundation for the Knowledge Graph. For Long Now, I designed websites for Long Bets, an arena for philanthropists to place high stakes bets about the future, and the Rosetta Project, a platform for linguists to collaborate on the creation of a series of artifacts archiving 1,500 human languages, one of which was launched into space. I love transforming ambiguous complexity into powerful tools that help people better understand themselves and the world around them. I’m taking a break from full-time work to explore the sea, but I'm always happy to hear from people who are working on something interesting that might benefit from my experience.

I think parties are magic. I staffed my first TED in 1999. I left in 2003 to focus on EG, which I helped produce for over 15 years. I co-founded the SF Embassy, a collective of music-loving city explorers — when we went to Iceland, we were the second largest group of Americans to visit that year. When I went to Burning Man in 1996, it was the first time I had to “voluntarily assume the risk of injury or death” to attend something, which I liked so much that I returned to the evanescent desert city nine more times. The 2010 Kumbh Mela at Haridwar is the largest gathering I've been in — over 40 million people came to bathe in the Ganges over the course of the event, which has happened every three years in one of four locations in India for centuries. I am fascinated by communities both ephemeral and eternal, and how the roles we play in them change who we are.

In 2018, after twenty years in San Francisco, my wife Kristie Dahlia and I sailed Rejoice out the Golden Gate and south to Mexico and the extraordinary Gulf of California. In the short time we’ve been away, we’ve learned that less comfort makes us feel more alive, that the occasional real fear of death extinguishes most other anxiety, and that wildness is not something you visit but something you're made of. We’re telling that story at Getting Free.

I am fascinated by how little we understand about how consciousness works, and exploring the threshold of that understanding is a lifelong passion. I like talking about design, technology, and sailing, but I love talking about the mystery. 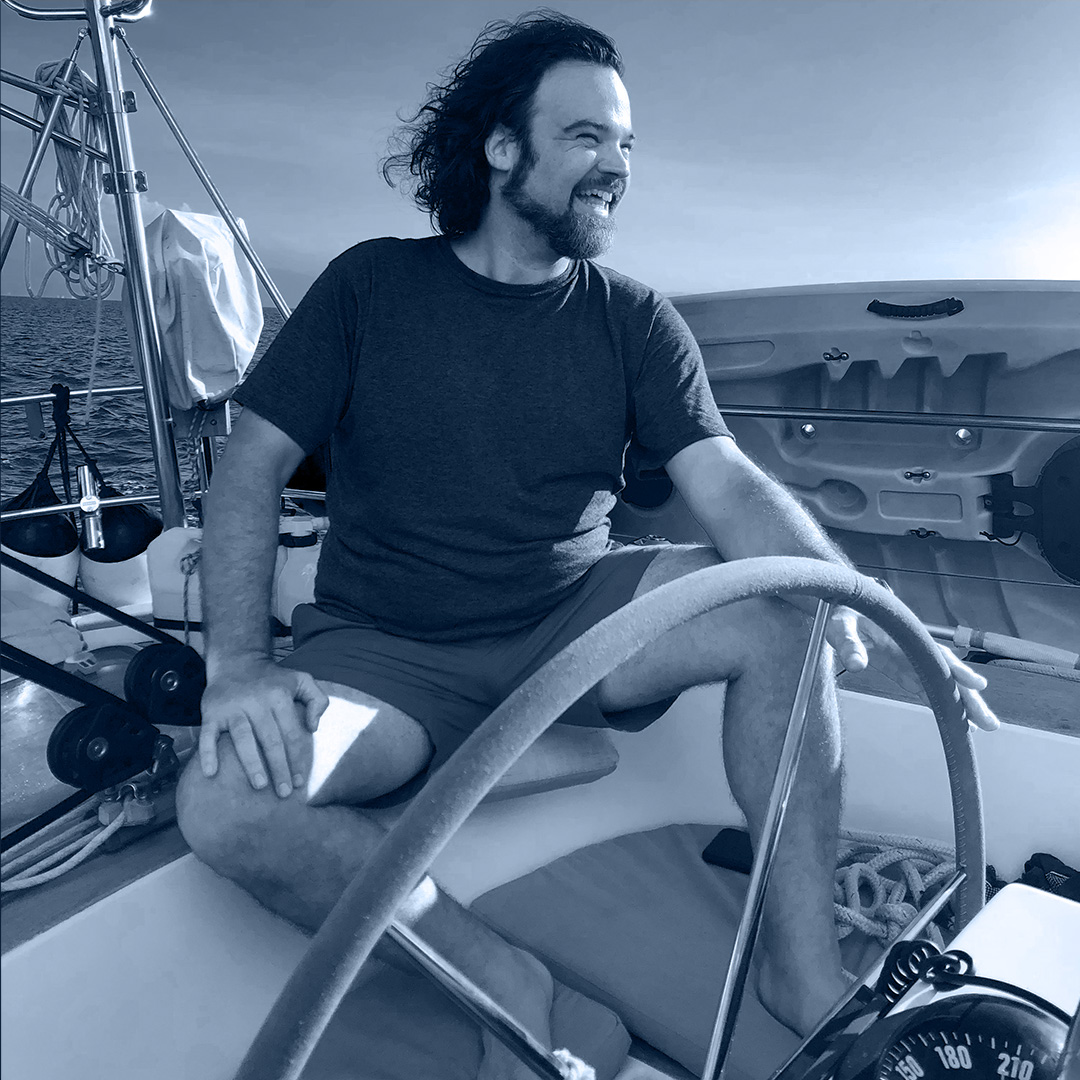